Posted on June 25, 2016 by castletonhistorical

The Methodist Chapel was built on the lands where a Tudor house named New Hall once stood. It was built c.1500 by the Savage family, and demolished in the late 1800s, a few years before the building of the Chapel. The aim of the archaeology this year was to locate part of the building as a reference point for future work and everyone was very pleased that the south-facing wall of a wing of the house was positively identified.

Other trenches and test pits

Several other small trenches were dug including some at the west end of the village, to further explore evidence for the pre-Norman, early medieval settlement.  Together with documentary evidence that referred to human burials in this area, the archaeology continues to yield promising results. 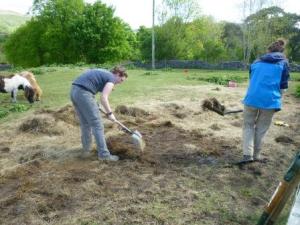 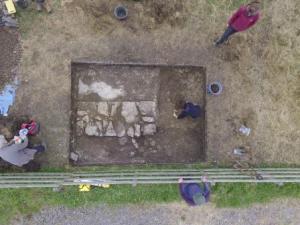 New Hall trench from a drone 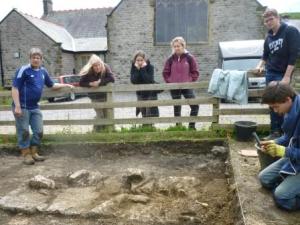 The team at New Hall 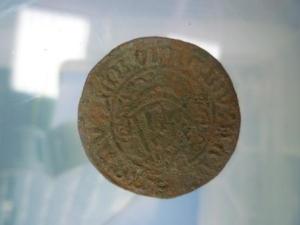 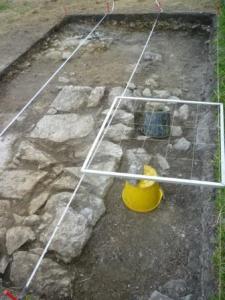 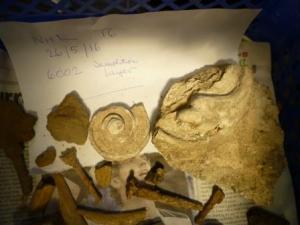 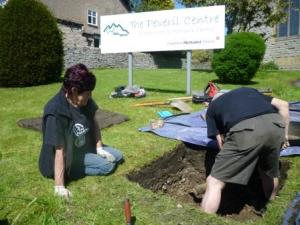 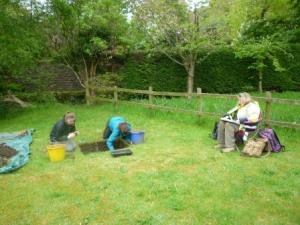 Thanks to all those who have helped throughout the dig, including the volunteers without whose hard work little would be accomplished, and the landowners and tenants who have generously granted access.